(SPOILER ALERT: tread carefully if you don’t want to know details about the movie)

The movie theater is a sacred temple.

That’s how I’ve always viewed it, because I learned very early on that one goes to the movie to sit and enjoy the visual splendor on the screen, not to have a play date in the aisles.

(Well, not always. My earliest memory at the movies is from around 1975 or so, when I was around 4. We were at the old Miracle Mile cinema in Coral Gables, and my cousin Claudia starting fighting over something and screaming so loudly that, according to my mom, the ushers had to stop the movie and kick us all out of the theater. I’m assuming that cost me several of my Little Green Army Men or Mego action figures, because that was the LAST TIME I ever disrupted a screening.)

I’m a stickler for honoring the moviegoing experience. I like to find the right seat, I make sure my phone is off and put away by the time the trailers start, and I shut the hell up and watch the movie. As you can guess, I’m also very sensitive to taking the girls to the movies. We’ve only taken Alexia to a few films, all of them animated movies aimed squarely at the kiddie crowd. And Talia being just three, she’s only gone to see “The Minions.” 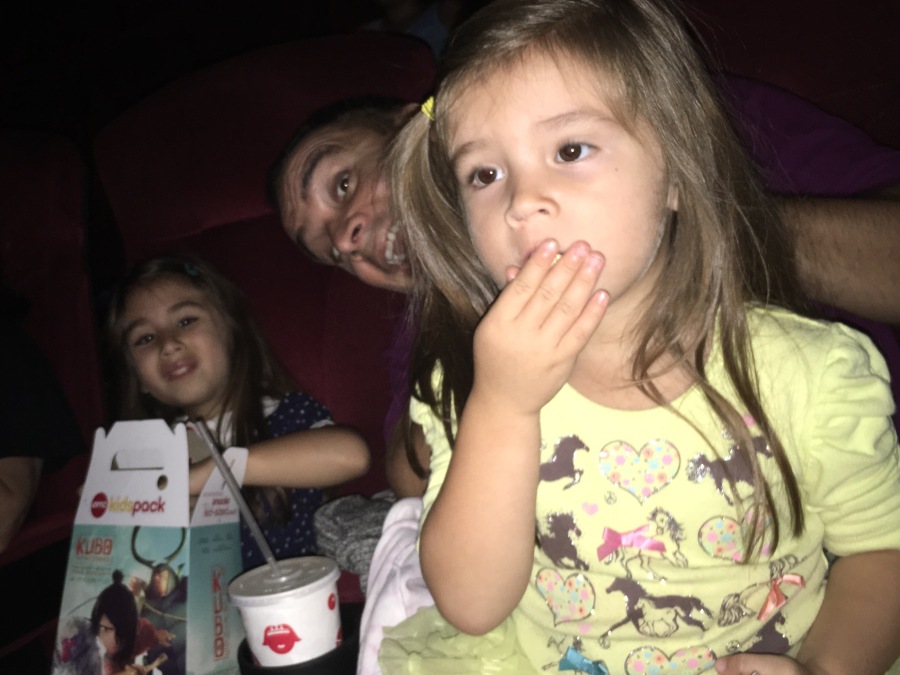 So it was with great trepidation that I decided to take the girls to see the reboot of “Pete’s Dragon” this weekend. But after hearing the rapturous praise from critics like Matt Singer from ScreenCrush, I had to go see it.

. I saw the original “Pete’s Dragon” a handful of times in the movie theater. It was a movie about a little boy who had a cartoon dragon and catchy songs. OF COURSE I loved that film! I’m pretty sure “Candle on the Water” was one of the first songs I knew all the words to.  But I also haven’t seen the film in ages, and know that it probably hasn’t aged well, and that, viewed through the eyes of 40-something year-old man, it probably won’t be as enjoyable as it was back when I was six. 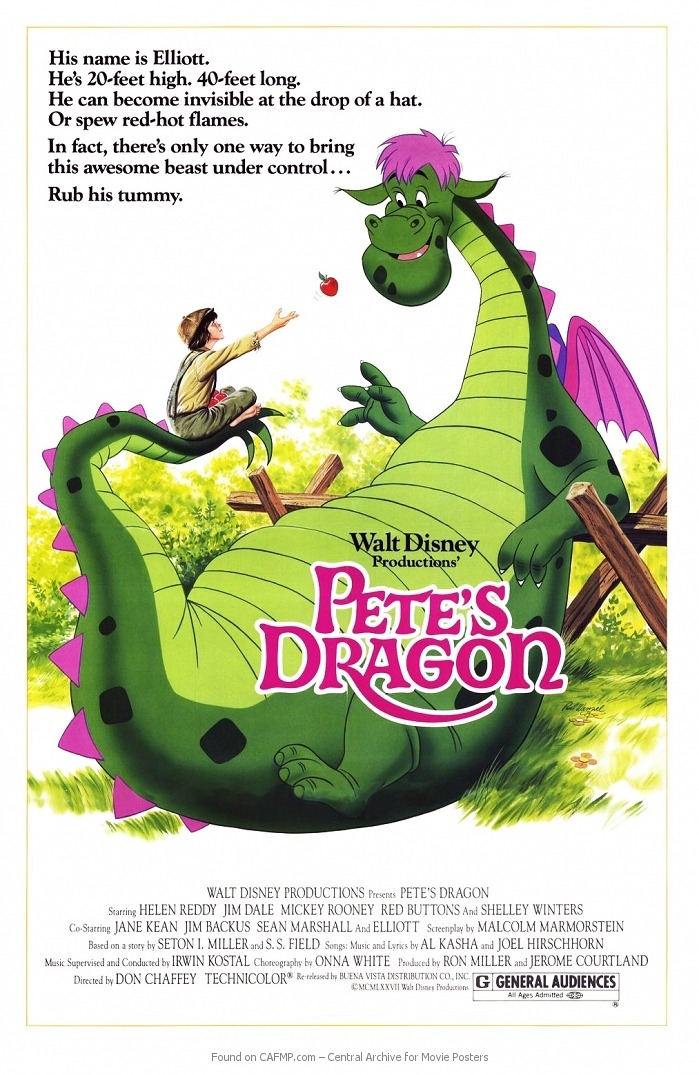 Still, I wanted to see what the fuss was about. Talia was excited about going, because she’s three and she gets excited about anything that involves leaving the house. Alexia flat-out didn’t want to go, because she was a bit spooked by one of the trailers. We finally convinced her to go, and my mom and my in-laws joined the screening party.

Alexia was insisting all the way through the coming attractions she was going to keep her eyes closed throughout the movie. I was actually hoping she would do it through the start of the film, because this new version of “Pete’s Dragon” sets a new speed record for heartbreak in a Disney picture. Thankfully, director David Lowery does a tasteful job with the scene, which had Alexia asking me questions like, “did Pete get separated from his parents?”

Of course, I lied and said that was exactly what happened. Because there are some questions that should not be answered inside a movie theater.

The rest of the screening went about as well as I could have hoped. I’m not going to give a full-on review here. Suffice it to say that it’s not just the kind of quality PG-rated family film I was bemoaning the lack of recently; it’s a flat-out great movie.

Not only is the acting pitch-perfect, but the story is affectionate and clever. I especially liked that the vague time period it’s set in eliminates the logic questions modern technology would raise in a film about a Dragon that lives in the woods. There are no cell phones in this dragon tale.

As for the dragon itself, look at this scene. It tells you all you need to know about how Elliott is a character all his own, and not just a one-trick CGI pony:

Something else to note is that “Pete’s Dragon” also looks fantastic. The best compliment I can pay to the filmmakers regarding the movie’s visual beauty is that my three year-old daughter was mesmerized by it. She didn’t make a peep throughout the entire movie, which any parent of a young child will tell you is somewhat of a minor miracle.

Talia obviously couldn’t follow the story that well, but judging by her facial expressions, the images on the screen were enough to let her know what was happening. She smiled when she was supposed to, she covered her eyes at times and she cuddled with her mom when she needed to.

Alexia, meanwhile, kept asking me — quietly, in a whisper — to help fill in some of the blanks for her. She’s at that great age where she’s able to come up with a scenario that helps her make sense of what she’s seeing onscreen, even if it makes zero actual sense. She shed a few tears in the movie, but it was OK. As she told me, ‘sometimes a good movie makes you sad, but it’s a good sad.’

And then the film comes to its wonderful finish, which is impossibly heartwarming even by Disney standards. I looked over and saw the smile on both my girls’ faces and I then had to struggle to keep it together. But I couldn’t help but shed a tear or two, because I had seen my girls experience their own magic at the movies, and they believed in it.

That was a good day.

One thought on “Adventures in Parenting: The Girls See Pete’s Dragon At The Theater”

Steve Martin & Martin Short put on an absolutely hilarious show. Loaded w/old school insults & tons of nostalgic bits from their careers, but also several surprises. Was great to hear Short sing “Stepbrother to Jesus” from his Broadway show ..and Martin playing the Banjo with the First Ladies of Bluegrass was incredible! Thx for the killer tix, @aberk76 !
%d bloggers like this: